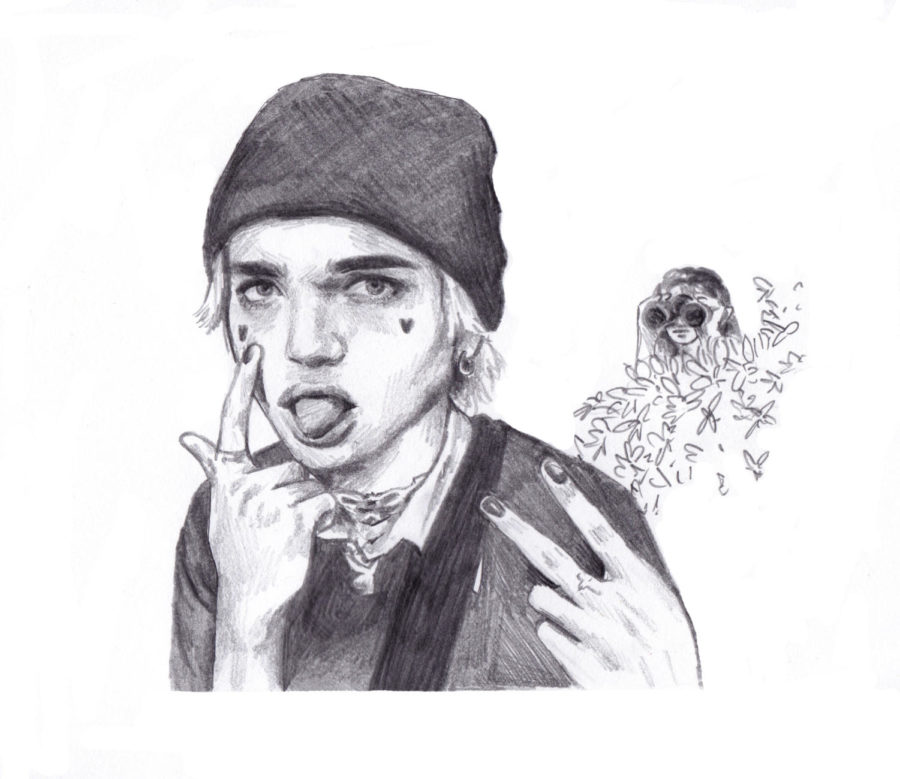 My one source of solace in this enervating daily routine of school comes from observing the non-stop buffoonery of the freshman class. One can usually identify these students by their grating voices and comically diminutive statures. Their shiny eyes orbit constantly, always searching for teachers or some other prop for their fragile egos. Their little voices trill in emphasis as they brag about taking honors classes, real or imagined. Never in my life have my eyes befallen such an enthrallingly revolting spectacle. Seldom do self-respecting upperclassmen even engage in passing pleasantries with the plebeian class of 2023. Their pedestrian obsessions with ninth-grade Pods, clubs and TikTok send a collective shiver of revulsion up any spine stiffened by three years of determined upward mobility.

With the binoculars I bring to view the board from my seat in the back left-hand corner of U104, I spectate as these pathetic slivers of human flesh dart about the campus fishbowl. From time to time, some new outrage sends my body into spasms of mocking laughter. This stuff really is better than anything on Netflix.

Between guffaws, my eye catches on a cloaked figure in the corner of the covered hallway. The shadow stares piercingly at the frolicking freshmen, studying their every minute movement. Between furtive glances, he snaps pictures of them with a gleaming Nikon, scribbling intently on a notepad as one of these walking fetuses cackles about what he evidently considers a breathtaking achievement — his success in prying open his own locker.

Now this couldn’t be your normal, everyday predator, as none in their right mind would pursue such gawky prospects as these. As I regard him with perplexion, flashes of blue beneath caterpillar eyebrows lock with my awkward gaze. Seeing that his position has been compromised, the ominous figure scrambles to a black van on the side of Bowdoin. A manila folder slips from his trench coat pocket in his haste and its contents spill onto the sidewalk. He swoops into the black maw of the vehicle and is enveloped in darkness without noticing his egregious error. I stuff the files in my hoodie and dash to the nearest restroom in order to examine the contents of this purloin package.

Marked on it is a large “Top Secret” stamp like the one in that M&M’s commercial. Inside is a packet titled: “Fort Detrick Special Warfare Program. Operation TikTok.”

The next page bears a single signature inscribed with a leaky Sharpie. I recognize the looping scrawl from some Presidential document I saw on CNN. It is without question the inimitable signature of Our Great Leader. A printed name beside it reads simply “Tundra One.”

My mind whirls as I sift through the pages. The ingenious parameters of this devious scheme unspool in meticulous detail — so meticulous that it would likely defeat the underdeveloped brains of the subjects themselves. The author of this jewel — presumably the secret watcher himself since large strands of his distinctive eyebrow hair litter the pages — sets out these main points:

“The unbridled zeal, naiveté and appalling innocence of the Ghouls make them optimal recruits for this operation: malleable, unquestioning — essentially piglets to be led around by the nose and, if necessary, to the chophouse. Unformed intellect and infantile tastes allow for expediated indoctrination in mindless subservience. By the time recruits’ brains have expanded to the point of being capable of critical thought (this typically occurs around 15.4 years), neural pathways are too deeply entrenched for them to realize the convoluted nature of the mission, which they in their ignorance would term as ‘totally bonkers.’

“Another important factor lies in the Ghoul’s remarkable ease in unforgiving climates. The extreme social ostracism which the Ghouls grow accustomed to during their high school acclimation period naturally conditions them to adjust to the environmental desolation of Greenlandic wilderness. There is no need to worry about pushback or protest from the Ghouls, regardless of how much abuse they must absorb in the course of this operation. Their only compelling need is to be coddled, cooed over and patted on the head. As long as they are kept satiated with the emotional equivalent of a puppy’s well-gnawed bone (air kisses have proven highly effective), they will do anything asked of them (including rolling over and playing dead, which is exactly what may be required).

“Greenland residents have already expressed unwarranted hostility to the U.S.’s benevolent annexation proposal put to their Danish overlords by Tundra One. As a result, before mounting a full-scale invasion, the U.S. has found it necessary to adopt extreme cover and countermeasures in the surreptitious sewing of mayhem — a job tailor-made for the Ghouls. Insertion behind enemy ranks will create widespread confusion and dissension, as their Big Chaotic Energy creates widespread symptoms such as migraines and loss of concentration.

“Ghouls must be sidelined during the main combat following the initial beach landings as their measly, gangly frames do not grant them any degree of fighting prowess. However, their pubescent vocal cords constitute an operational plus, for voice cracks enable Ghouls to momentarily speak at frequencies barely detectable by dogs, much less the adult ear. Intelligence spread in this manner can only be detected and deciphered by other Ghouls and cannot possibly be decoded by the enemy.

“Phase Three of the mission is where the Ghouls will prove invaluable: the seduction and manipulation of Santa J. Claus. In view of the relocation of Claus’s Workshop to Greenland due to global warming, Claus has risen to a kind of godlike stature in the eyes of the Greenlandic people. Securing the favor of Claus is critical in the minimization of immense bloodshed, as Greenlanders will follow his lead like Dasher, Dancer, Prancer, Vixen, Comet, Cupid, Donner and Blitzen follow Rudolph now that Gio Stewart convinced them to stop bullying him.

“For millennia, Claus’s right-hand helpers have been the indigenous Elven peoples of the North Pole. This is precisely why Ghouls work in this context. They are optimal for the infiltration of the Red Man’s Lair, as their shrimp-like stature will allow them to mingle seamlessly and undetected with the local Elvish culture. They will of course be required to eliminate a number of the real Elves to open up work slots in the assembly lines. However, given the fact that Ghouls have the moral compass of Miley Cyrus, they shouldn’t have any problem getting their hands a little dirty.

“While there are high risks to the safety of individual Ghouls (see The Great Rudolph Massacre of 1968), the potential for payoff far outweighs any consideration of their individual safety. Even more important than this peaceful resolution of conflict is the Ghouls’ potential seizure of ‘The Naughty List.’ Acquisition of this List remains top priority for Tundra One as it provides instant identification of potential investors for Tundra One’s newly-planned Greenland resort.

“In the event of pesky United Nations interference, the U.S. government may be required to deny all involvement in this venture to avoid international fallout. In this sort of desperate scenario, the Ghouls’ subpar geographic skills will prove to be an added benefit to their use. The official U.S. cover statement will state simply that a typically disoriented gaggle of 20,000 freshmen became lost on their way to their new schools’ bathrooms and ‘accidentally’ annexed Greenland.”

I finish reading this final line and try to catch my breath. I experience a tingle within the folds of my being, as if I’ve been touched by an angel. I am transformed; the sheer audacity of this enterprise restoring my faith in my Fellow Man (and Woman), making me realize that sheer genius dwells in the inner sanctums of government, despite how I’ve been feeling lately (0/5 stars, not enough imperialism).

And what a dazzling new perspective I have on those Hobbits in Hoodies whom I previously viewed as Pleistocene rejects, unworthy of even their basest faults. I now see them as the radiant, divine beings they are — capable of unfathomable greatness, integral to a new Manifest Destiny that could save us from ourselves.

In the wake of my revelatory discovery, an entire galaxy of misguided visions about college, future, and family plummet from my mind’s stratosphere. In their stead stands the singular vision — the singular hope — to be a part of this daring and glorious endeavour — and to have access to unlimited snow cones. Returning home after a day of intense contemplation, my soul is dipped in steel resolve. I drop out of my AP classes, throw out my deodorant, practice my falsetto and await my recruitment.