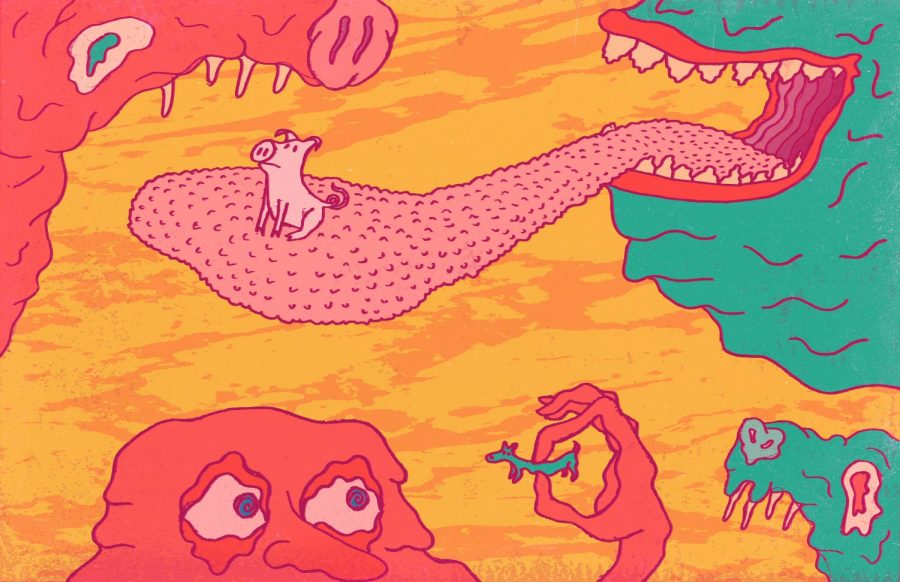 As I contemplate the hypocrisy of people who judge certain cultures for their consumption of dogs, my labradoodle sits beside me, his head perched on my knee, and it’s as though he can see my thoughts. He looks into my eyes and silently pleads, “I’m cute! Don’t eat me!” Ned will be spared, but dogs in other parts of the world will not. And I believe this is okay, to an extent

Since 2009, Yulin, China has held an annual Lychee and Dog Meat Festival where they… well, eat dogs. A Change.org community petition protesting the festival describes horrific treatment of the dogs: “Before being killed, these animals are often subjected to terrible conditions, including starvation, torture, and disease. Many of the slaughtered animals are domestic pets stolen off the street.” It is important to note that even though the Yulin festival took place this past summer, it has become illegal in 2013 to transport, sell or eat dog meat in China.

A fair number of the 14 million people who have signed the petitions against the festival eat unethically produced meat and dairy. Aware or not, American people engage in hypocrisy, as the American pork farming industry is infamously inhumane. Pigs have their tails docked, their teeth pulled out with pliers without painkillers and chunks of their ears cut out for identification. Out of the 60,000 pork production companies in the U.S., a meager 57 are certified humane.

Imagine an ethical scenario in which there is a fair-trade, organic, free range, non-GMO, cruelty-free dog meat farm. Like Applegate, the humane farm for natural and organic meat, but for dogs. Muscly and meaty German shepherds will be the slaughter-ees. When these German shepherds are born, they nurse from their mothers. As they grow up, they run, play and eat nutritious food. When they are killed, it’s done swiftly and painlessly. This kind of humane farm is definitely plausible, so what is holding us back?

A possible explanation could be dogs’ emotional intelligence. Dogs love and care for their owners. They are sweet and social. But pigs have the same emotional intelligence, if not higher, than dogs. When sad, they cry real tears, they recognize themselves in the mirror and respond positively to touch. This isn’t even counting cognitive intelligence. A pig has the intelligence of a three year-old human and is treated to conditions far worse than the dogs on my imaginary German shepard farm. People who are outraged at the Yulin Dog Festival should apply the same indignation to the unethical farming of pigs.

What is considered culturally acceptable is all a matter of perspective. For instance, India has strict laws about not consuming the meat of cows because the Hindu religion deems them sacred. Those who break these expectations face harsh consequences, as seen by the recent rise in the lynchings of cow-eaters under Hindu prime minister Narendra Modi. In a similar vein, Dog eaters in America face fines or harsher punishments for animal cruelty, as well as social repulsion. Yet Americans outraged by the consumption of dogs often believe eating cows is a perfectly normal practice.

It’s clear that both dogs and pigs face inhumane treatment around the world, though both have the same level of cognitive and emotional intelligence. Yet, for some reason, American society continues to express outrage at dog consumption while U.S. pork exports to the world exceed $7 billion. It’s time for people to consider the moral weight of eating meat and judging dog eaters.