Investigative Report: What is a Fake Bra? (Satire) 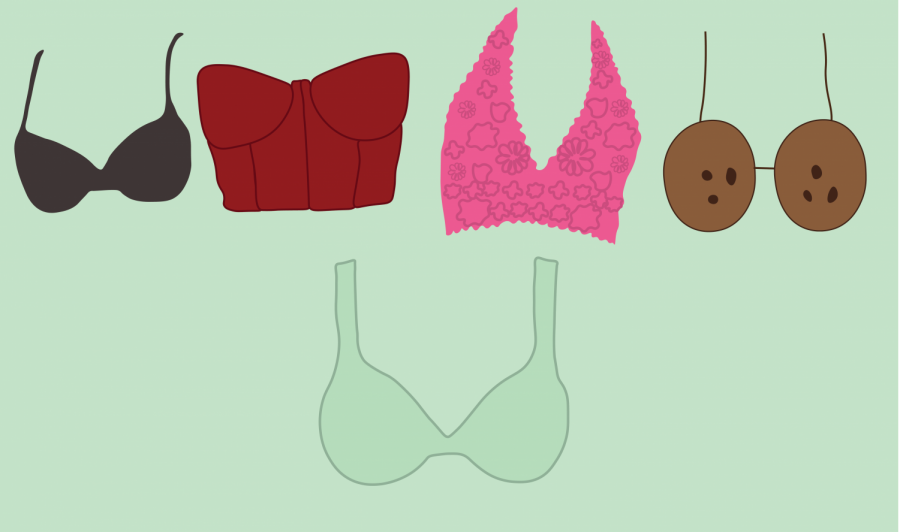 The quad buzzed with frustration. Just minutes earlier, the PA had sounded with the familiar “Teachers, please pardon the interruption.” It was Assistant Principal Russel Howard informing students of new disciplinary policies, the most provocative being the enforcement of the dress code.

“Yes, there is a dress code. Starting Monday, we will be handing out shirts and shorts for inappropriate attire. I have never seen so many bras or fake bras. Hope you enjoyed it, now we’re going to get back to the way it should be,” Howard announced, his voice echoing through every second-period class on campus.

Upon further examination of the dress code, students found that showing cleavage is explicitly outlawed. With dress codes being incredibly outdated and subjective, many students are desperately trying to understand the expectations. So, I set out to ask the student body’s most burning question: What is a fake bra?

Some students claim that it is a bralette, seeing as it is only partially a bra and often worn as a shirt. Some believe it is no bra, a reference to the “free-the-nip” attitude exemplified by some of Pali’s more liberated students. Maybe it’s the recent trend of wearing corset-style tops as shirts. In my meticulous research (which consisted of one Google search), the only results I found were links to several push-up bras.

Consumed by my curiosity about what constitutes a “fake bra,” I interviewed my classmates.

Senior Connor Guy said that he had “never heard that term in [his] life.” Offering his best guess, Guy said, “I think it’s a bra meant to look like you’re wearing a bra, but in reality, you have nothing supporting you.”

Seniors Tierney Smith and Haley Green thought that the term fake bra was perhaps “deeper and metaphorical” with the students being the breasts and the bra being the constraints of society. “We’re the boobs. Society is the bra,” Smith said.

Trey Buck, a senior and a member of the Youth and Government Elite, hypothesized that a “fake bra” is a coconut bra, due to its bra-like shape but lack of comfortable support.

With no definitive answer found yet, we may never know. Only the complicated inner workings of Howard’s mind know what prompted him to say such a thing. As teenage girls across campus are forced to cover their chests in shame while their male counterparts sag their pants, leaving very little up to the imagination, I hope that Howard believes that things really are “back to the way they should be.”