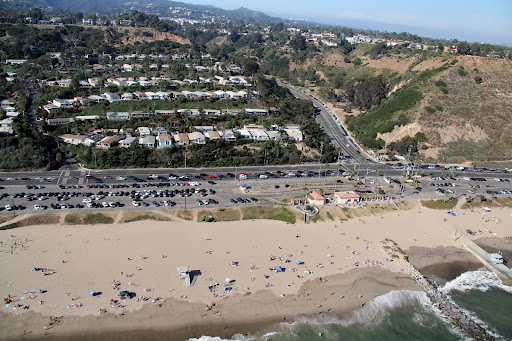 We’ve all seen the “Stop Bonin” signs posted throughout Pacific Palisades. These local displays reflect the widespread uproar directed toward Councilmember Mike Bonin following his March 31 proposal for a homeless shelter in the Will Rogers State Beach parking lot. Many Palisades residents argue that Bonin’s initiative provided a superficial solution to a pressing community issue.

According to the United States Interagency Council on Homelessness, there were more than 160,000 homeless people in California in 2020. And, according to a 2020 National Public Radio article, there were 66,436 homeless people in Los Angeles County alone — representing a 12.7 percent increase from the previous year, before the COVID-19 pandemic. This year’s homeless count has been cancelled due to the virus.

In efforts to address homelessness plaguing Los Angeles City streets, Mayor Eric Garcetti launched project “A Bridge Home” with aims of establishing temporary homeless shelters around the city. In conjunction with this initiative, council members representing each of Los Angeles’ 15 districts were required to identify locations for the shelters. Among them was Bonin, who has received severe backlash for his proposal to construct tiny houses in the parking lot of a beach down the hill from Palisades Charter High School.

Bonin withdrew plans for the Will Rogers shelter after a critical Aug. 10 report by City Administrative Officer Matt Szabo.

In his report, Szabo deemed most of Bonin’s suggested homeless shelter locations “infeasible,” including spots at the Will Rogers parking lot as well as ones at Dockweiler State Beach, Westchester Park, Mar Vista Park, West Los Angeles municipal building and a privately owned lot in Marina del Rey.

Szabo mentions several reasons for these declarations. In reference to the campsites in Pacific Palisades and Dockweiler Beach, Szabo’s report states that “the sewer infrastructure is not suitable for homeless housing, … the power capacity would have to be increased at both beaches… and there are no fire hydrants.”

Szabo cites the Bureau of Engineering’s comments in his report, who states that the resources needed to institute necessary infrastructure would be “cost prohibitive.”

Members of the Pacific Palisades Community Council (PPCC) have proposed additional concerns. The PPCC states that the shelter would lead to the inability for the Los Angeles Fire Department to set up their emergency command post in the Will Rogers parking lot in the case of a brush fire.

“Reducing the capacity in the Will Rogers parking lots for critical life and property-saving activities would have a devastating impact on the Palisades community and the wider region,” the PPCC wrote in a letter to Bonin and other city officials. “Our community is at acute risk of wildfires. Homeless individuals regularly set fires on our beaches and in nearby bluffs areas.”

Another concern of the PPCC included beach access. In a letter to the Director of the California Department of Parks and Recreation and the Secretary of ​​the California Natural Resources Agency, the group highlighted that the homeless campsite would have restricted access to the beach and parks. The California Department of Parks and Recreation agreed, asserting that it is a public right to enjoy and access recreational areas such as the beach. The shelter would reduce parking availability, thus limiting the public’s ability to enjoy these recreational areas.

Some students who live in the greater Palisades community share similar thoughts.

“I think homelessness is a huge issue, and we should definitely be building places for them to go, but I agree with the decision to stop the [Will Rogers] project,” Pali senior Margot Barrett said. “I feel that Will Rogers Beach is not the right location for [homeless housing], especially because it’s such a big tourist attraction.”

The introduction of a homeless shelter in the Palisades may also pose safety concerns. An ABC7 news article published in 2021 also stated that 15 percent of all violent crime in the city of Los Angeles involved a homeless individual during 2020 and 2021. Some people say building a homeless shelter close to Pali may not be prudent.

“I have heard stories just about my friends [or] people I know where the homeless people have also become more hostile,” Pali senior Lauren Zaidel said, adding that homeless people “do often need… medical or mental-health help and aren’t getting that. So, putting them in a situation where they’re in a residential area about three minutes away from a high school full of children… [is] simply dangerous.”

The decision to stop plans for a homeless shelter in the Will Rogers parking lot comes as a relief to many Palisadians. However, this does not change the community’s views on the ever-present issue of how to address homelessness.

“The homeless issue now is getting absolutely terrible, and it’s no fault of the [homeless people]… Once you enter the cycle of poverty, it’s almost impossible to escape it,” Zaidel said. “I think the problem definitely needs to be addressed but the way [Bonin] was planning to do it absolutely just wasn’t right.”

Sophomore Madeline Neuberg echoes Zaidel’s thoughts, adding that the dehumanization of the homeless remains a prominent issue. “I think the stigma around [homelessness] stems from a place of ignorance and a place of just lack of empathy,” she said. “As a society, we’re kind of wired to have a negative belief and just look for the worst in people.”

Neuberg added that if our society can focus on decreasing the amount of homelessness, elected officials and the community could then focus attention on creating homeless shelters that work for both the community and the people served.

“Great things that we could do [for them] are low-cost housing and mental-health services,” Neuberg said. “I think there’s so much we can do about [the homeless issue] that we’re not currently doing.”