Let’s Have a Frank Talk about the Italianx, Cowbxy Populations (Satire) 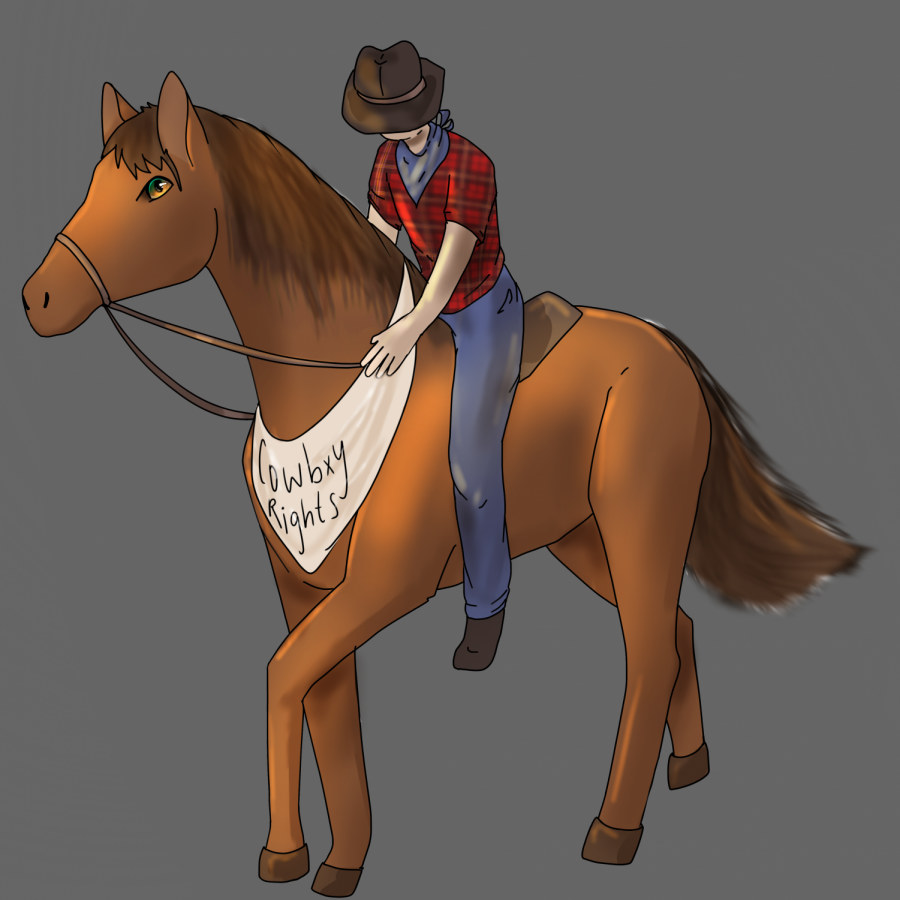 I sit with my head pressed up against the desk, my arms sprawled across its surface. Lying there half-asleep on this slow, mid-week morning, the fourth period announcements echo through the empty halls, classrooms full as per usual.

But, something was off this time.

Speaking in regards to the upcoming football game against one of Pali’s rivals, Venice High School, the smooth, sultry voice on the announcements made an astonishing remark that caused my back to shoot up straight and my spine to tingle.

“Be sure to stop on by [to the game] and remember, Venice sucks!”

The last independent clause hung perpetually in the air. The remark seared its way into my bowels.

Venice…oh sweet Venice: crown jewel of the Adriatic. To be reduced to mere public school announcement fodder? Oh the humanity!

To think that Pali would allow such blatant belittling of Italianx culture baffled me.

In response to this bold move on the announcement crew’s end, I took it upon myself to reach out to the disenfranchised members of the Pali Italianx community.

Pali senior Sam Ufkes, who claims to be “Italian by association,” was incredibly vocal regarding the racial debacle.

“This mista [announcement] fella has gaba’d his last gool here,” Ufkes remarked in reference to the popular Italianx dish “gabagool.”

Viscerally infuriated, Ufkes says, “Someone ought to keep these announcement folx in check. They’re ripping up the moral fabric of Pali right in front of our eyes.”

Adding onto these sentiments, David Carini, history and AP government teacher, spoke of his experience as an Italianx minority. Having been born and raised in Sicily proper, Carini said, “…the pizza we have at Pali is an assault on all that we Italianxs stand for.” Grossly offended and deeply concerned, Carini “feels grave disappointment toward the Italianx ally community for not standing up for those without a voice.”

To make matters worse, the already harrowing string of morning announcements ended with the PA team’s supposed catchphrase: “yippee ki yay and have a great day.”

First the Italianx and now the cowbxys … just what has our precious Palisadian community come to?

Self-identifying cowbxy and advocate for the cowbxy community Mateo Mazariego-Halpern weighed in on the current state of the morning announcements and administration’s unwillingness to take action.

“I’m fuming,” Mazariego-Halpern said.  “It’s incredibly inappropriate to have this kind of dialogue spoken by our so-called leadership.”  He said he already “…hear[s] cowbxy slurs thrown around in the halls. It’s always ‘look at this Clint Eastwood kid, who does he think he is,’ never ‘How’s this Clint Eastwood kid?”

The current morning announcement scandal is one that hits close to home for Mazariego-Halpern, due to him wearing a traditional cowbxy headdress, the garb of his people, once to school.

In addition, Joshua Frankel, a fan of hit Japanese-American recording artist Mitski’s fifth studio album, Be the Cowboy (2018), said he believes that ASB doesn’t “understand the oppression us cowbxys face. The systematic downplaying of our struggle is ridiculously backhanded. I can’t put Mitski on aux without being called a femcel.”

There seems to be a pattern here, one in which the disrespect for the marginalized Pali communities are all too apparent. It’s as if Pali doesn’t even care.

Admin did such an effective job handling the allegations of smoking on campus, resulting in the universally praised decision to close the pesky gender-neutral bathroom, so where’s that level of concern and dedication to justice now?

As I sit around patiently, waiting for any word on the matter from the Board of Trustees, I can’t help but implore all seven readers of the Tideline to always remain outraged on behalf of others, they’ll totally appreciate it in the long run.