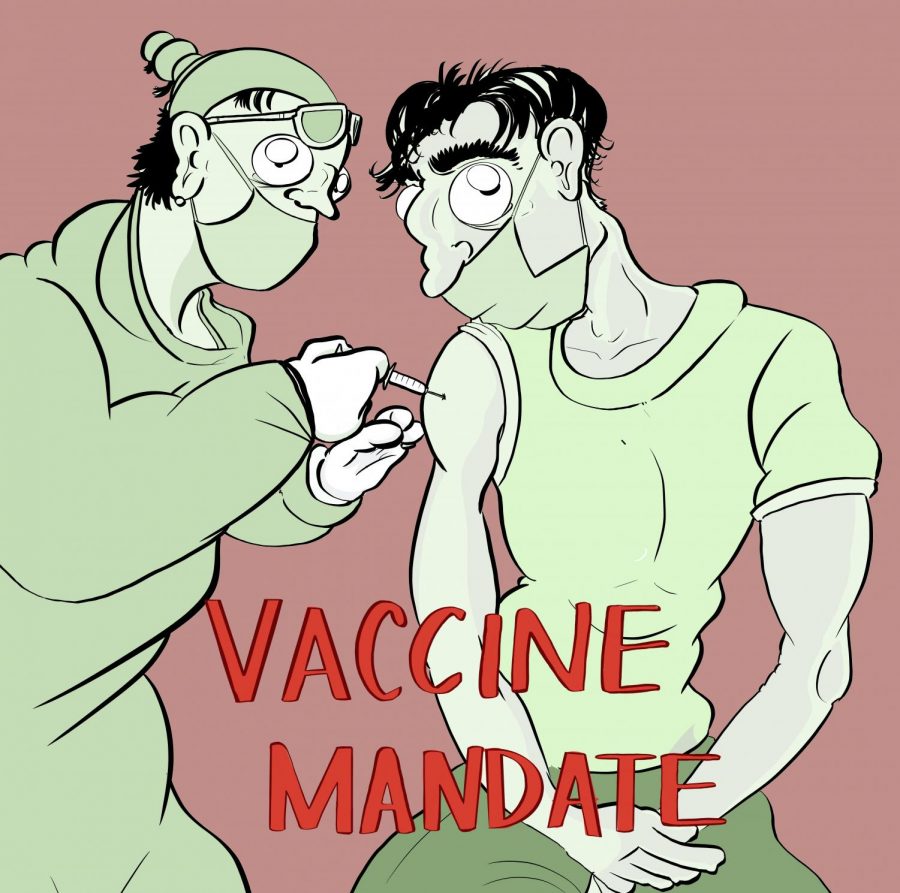 The Pali Board of Trustees voted Tuesday, Dec. 14 that students must receive full COVID-19 vaccinations in order to attend in-person school and to access other activities on campus in the 2022-2023 school year. This ruling effectively extends the deadline the Board imposed in October, requiring students to get the first dose by Nov. 19 and the second dose by Dec. 17.

Two factors heavily contributed to the Board’s decision, the first being the Los Angeles Unified School District’s (LAUSD) decision earlier that evening to extend their vaccination deadline to the start of the next school year because more than 28,000 students had not shown proof of compliance. The other factor was monetary, as Pali stood to lose as much as $1 million in funding if unvaccinated students left the school for an LAUSD campus.

At the start of Tuesday’s PCHS Board of Trustees meeting, more than 100 students had expressed interest to transfer from in-person learning to Virtual Academy, a distance learning program. More than 500 students had not provided proof of vaccination or applied to Virtual Academy, leaving administration in the difficult position of having to plan around so many unknowns.

The Board’s decision came after months of heated debate. Pali’s initial vaccination policy, which applied to students 16 years or older, was more lenient than that of the LAUSD, which had announced earlier that all students 12 years of age and older had to be fully vaccinated by the start of the spring semester.

After much discussion, Board members decided to create that policy for students 16 years and older, because full Federal Drug Administration (FDA) approval has been given for a vaccine available to that age group. Students with medical circumstances were encouraged to file for exceptions, according to Board minutes.

The path to this decision, however, was not a simple one. Conversations began on Sept. 9, following California Governor Gavin Newsom’s recommendation that all public high school students receive the COVID-19 vaccine to attend in-person school. California was the first state in the country to make this move.

Two weeks after Newsom’s announcement, Pali students, parents and community members attended a Board meeting in Mercer Hall on Sept. 21 to discuss the path forward for Pali students and staff. Teachers and administrators encouraged students to attend the meeting and to express their opinions about Newsom’s proposal, which was a recommendation, not a mandate.

“A bunch of my teachers and my friend Luke talked about the meeting and the importance of attendance since they were allegedly going to vote [on the vaccine mandate],” senior Josh Khorsandi said.

At this meeting, an unidentified adult in the audience verbally attacked speakers repeatedly and was asked multiple times to refrain from this behavior or he would be removed.

Using his allotted two minutes for public comment, Khorsandi said, “For my safety, I would not want to go to school with your kids if they aren’t vaccinated, that’s a personal safety thing.”

The unidentified individual responded to Khorsandi’s statement, shouting, “Bullshit!” Khorsandi dismissed the individual and said it was “very childish behavior.”

“I urge you to not make something like this mandatory,” Pali parent Dahlia Setareh said. “There are other options.”

Following the meeting, a group of LAUSD parents continued to express their disapproval about the vaccine mandate. They gathered in front of Pali on Oct. 8 from 7 a.m.-9 a.m., holding signs reading: “My child, my choice,” and “No mask, no vax.” Additionally, parents at Pali and in the wider LAUSD school system further protested by keeping their children from attending school on Oct. 18.

Editor’s Note: Those who are not vaccinated by the dates listed above and have not submitted the proper forms will not be permitted access to campus. For those who are interested in continuing in-person learning, please refer to the PCHS website for more information.