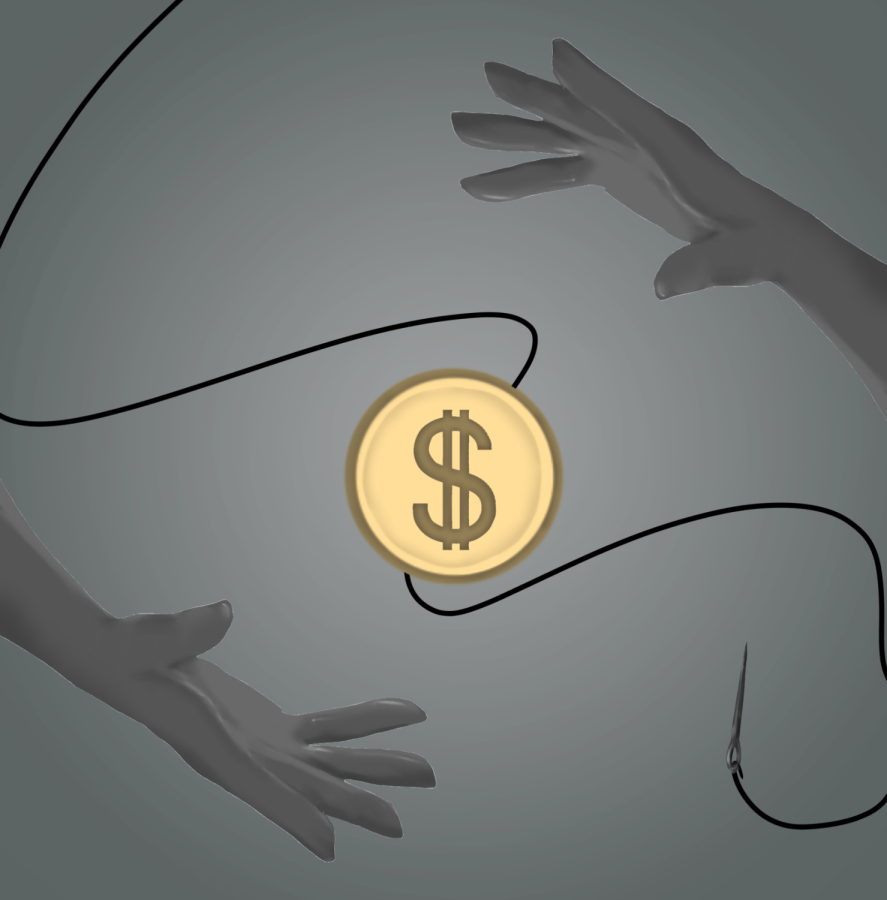 Current fashion trends revolving around unique clothing and distinctive styles inspired some Pali students to launch small businesses. Having started projects in their free time during the pandemic, these entrepreneurs continue to grow their businesses this year.

Blloshmi created Music Exchange with his partner and designer RIPISM. Blloshmi collaborates with artists by buying their merchandise, promoting it on the company’s Instagram (@musicexc) and selling it for a profit on his website (www.musicexc.com).

“I always wanted to wear stuff that was meaningful to me, and for me that was concert T-shirts because I’m really into music,” Blloshmi said. “I would go to concerts and then wear the artists’ merch, and I was getting so big to the point where people were making jokes like, ‘you should open up a store’ because I had hundreds of shirts and hoodies.”

Blloshmi spent three years grasping the art of graphic design and photoshop through YouTube tutorials in preparation for launching his website. Currently, the website has hundreds of products ranging from $10 to nearly $3,000, with the merchandise photos edited and uploaded by Blloshmi.

Blloshmi said that the three-year-long process of launching Music Exchange paid off after selling his very first concert T-shirt.

“I started with $50 and resold the shirt for $350, and it took off from there,” Blloshmi said. “I have connections with a couple of record labels like Pro Era, who sponsor a lot of artists, and my partner RIPISM works with Top Dog Entertainment, which has artists like Kendrick Lamar and Sza. So, those connections help me get a lot of my merch.”

The merchandise with the highest demand is primarily from underground artists who aren’t as well-known in the music industry, Blloshmi said. By working with artists such as Saba and Freddie Gibbs, Music Exchange is growing the artists’ teenage audience, he added. Blloshmi said that he hopes the success of his brand will inspire other underground artists to collaborate with him in the future.

Music Exchange’s first public appearance was on Dec. 15 at a pop-up in downtown Los Angeles to help promote his brand by selling shirts and other rare items. Blloshmi said that they had a sizable turnout including public figures such as Euphoria actor Angus Cloud and various TikTokers who bought his merchandise.

To those starting a new business, Blloshmi said that he recommends pushing through the inevitable obstacles that come with entrepreneurship.

“Stay motivated,” Blloshmi said. “You will have your losses, but that makes every success feel ten times more successful because no matter how many times you fail, it only takes one thing to blow you up.”

Crocheted By Sudds sells products including bags, bucket hats and tank tops that Suddleson crochets, ranging in price from $12 to $85, with each piece taking a day to two weeks to create.

“Over quarantine, I got super bored and wanted to pick something up,” Suddleson said. “I saw a lot of crocheting on Instagram which sparked an interest, and I basically taught myself how to do it all through YouTube videos.”

The rise of Crocheted By Sudds can be traced back to September of 2021, when she began selling her products. Suddleson credits the growth of her business to social media, where she promotes her products on both her personal and business Instagram accounts.

All products are designed by Suddleson, drawing inspiration from the fashion trends of the ’70s.

“Crocheting was really big in the ’70s, and I really like the music, so I also like to look at the fashion from the ’70s,” she said. “I look at a variety of color schemes and shapes and build them together.”

Despite the time and commitment that comes with mapping out patterns, Suddleson says that she has enjoyed exploring her creativity through crotchet and is confident that this passion will be long-lasting.

“I have a new hobby that I can use to make money in college, and it’s really cool to be able to take a ball of yarn and form it into something that people can buy,” Suddleson said. “I put a lot of time and effort into each [product], so it’s really rewarding to see people actually buying my stuff.”

Similarly to Suddleson, juniors Abby Tarashandegan and Sadie Sabin created a clothing line, Inception Clothing, in the summer of 2021, designing and selling shirts, pants and skirts on their website, www.inceptionclothing.com.

“We’ve always really liked fashion, and Sadie and I talked about starting our own brand years ago, so we just went for it,” Tarashandegan said. “We started by selling our own clothes on Depop, but we realized we wanted to be in charge of creating clothing, so we made a website and sold clothes that we designed ourselves.”

Sabin and Tarashandegan created Inception Clothing in six months — during which they drew their designs, paired them with fabrics and produced their finished pieces.

Tarashandegan said that using their obstacles as motivation to implement marketing strategies helped to promote their business. The Inception Clothing owners held a pop-up shop in the Palisades Village every Sunday and recruited Pali students to model their clothing, with the goal of increasing in popularity among teens.

After firsthand experience of clothing design, the two students say they intend to bring their new business expertise to other future projects.

“I would love to still be in fashion when I’m older,” Tarashandegan said. “It’s a hard industry, but starting this business was risky, and it ended up being really fun and a success. This definitely gives us experience. I know I want to own a business in the future.”