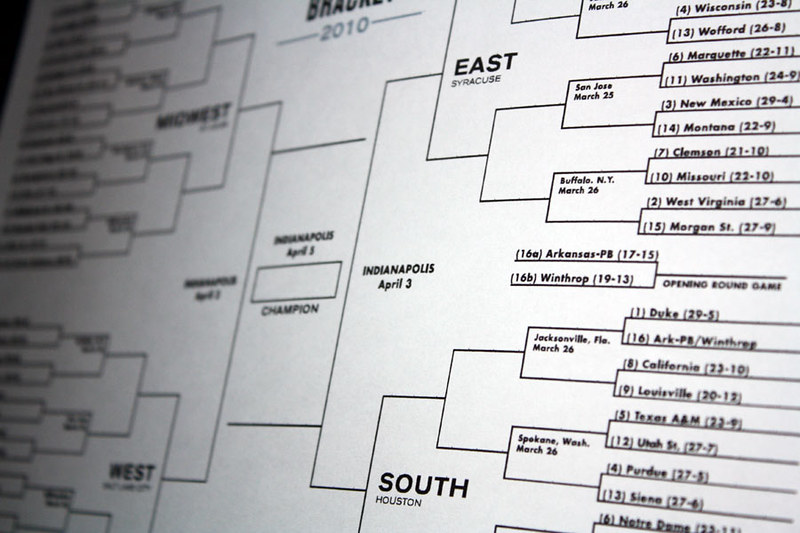 Throughout the month of March, the lives of many Pali students and staff once again were consumed by collegiate-level basketball.

Members of the Pali community immersed themselves in the madness, joining the estimated millions of Americans that participate in a bracket pool contest each year.

Pali sophomore Gavin Sternberg, a UCLA fan, has participated in the bracket contest for five consecutive years and is one of the many Pali students who competed for money this season.

With eternal bragging rights and the prize money of various brackets on the line, Sternberg, like many others, said that he is competitive with his picks and that he takes the tournament seriously.

“In the [brackets] where I put money in, I really want to win those, so I’ll do research on the teams, their win streak, and how many times that team has won the championship,” Sternberg explained. “I pick the higher seeds over my preferred team… It gets very competitive.”

Stephen Matthews, a Pali math teacher and University of Virginia alum and fan, also joined the March Madness craze. Matthews hosts an annual bracket contest for his students and offers a free pizza delivery to the winner.

“It’s pretty fun, it’s pretty easy, and everybody can participate,” Matthews said. “I’m watching anyway so it’s something I won’t forget to do,” Matthews said. “[The students] get involved and it’s a thing we like because we can touch base about it every class. I can give updates like who’s leading, so it’s a nice little thread that gets us through this time to spring break.”

Although brackets —  and wallets — were busted, the thrill of March Madness continues to excite the lives of fans year after year.